Clare hosts a couples’ dinner party to introduce Henry to her roommate Charisse and best friend Gomez, but when it’s crashed by another Henry and his girlfriend Ingrid, deeply held secrets are revealed. Meanwhile, Clare remains determined to make her 18th birthday — and fated 152nd meeting with Henry in the clearing — unforgettable. 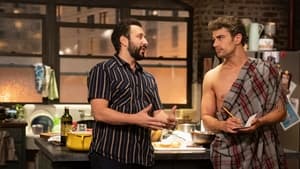